This one is quite curious. Vancouver Canada

I accept that there are conspiracies as most people already know. Sometimes they turn out to be true. Perhaps more than 50% are true. But this one…..well, this one is powerfully showing that something other than nature is playing a game.

This storm showed itself to be way beyond normal. Like bringing a snow blower to clean up a teaspoon of salt.

Here is the link:

Now here is another opinion of a person whom I find credible to a higher degree:

This story posted on his website the date of 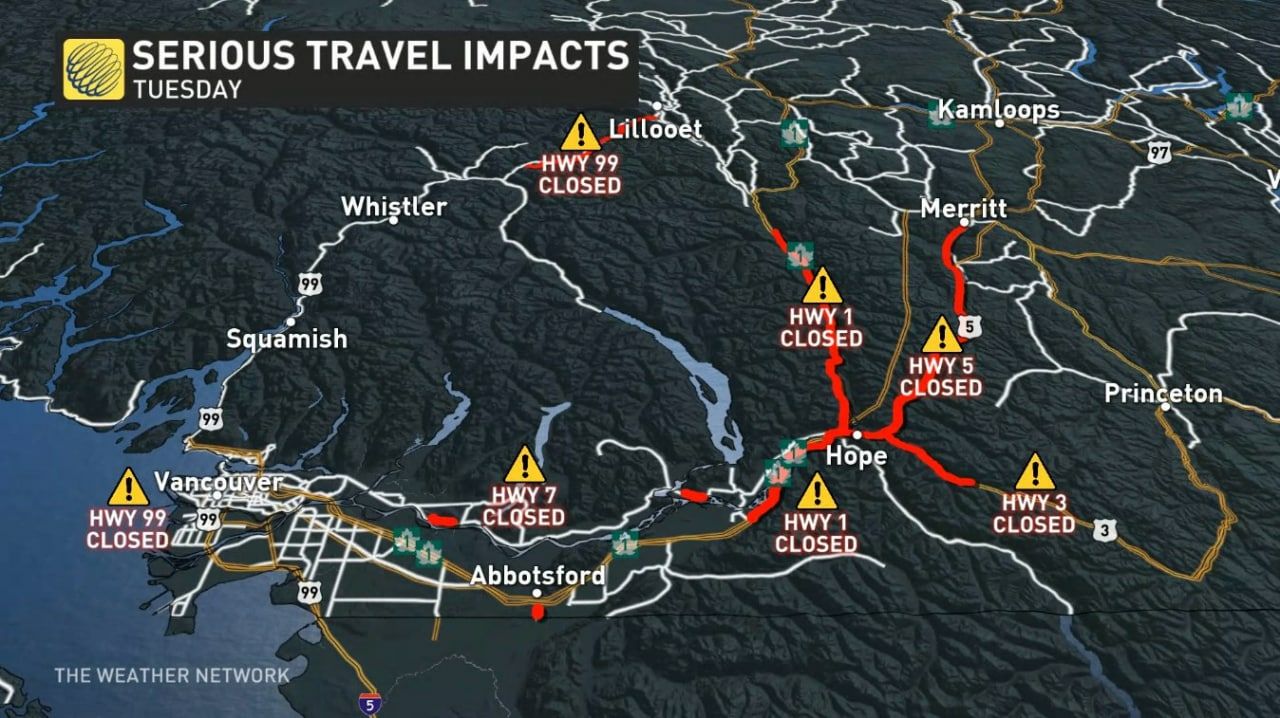 What opened my eyes was the verbiage he used in the following paragraph. A bit derogatory, but it also points to what seems to be through his eyes as the standards that people minds set is currently in. Its quite sad that so many want to ignore their own planet.

“If anyone thinks this climate storm that severed Vancouver from the ROC was anything but the military, you are jackass morons. The odds of EVERY highway being closed defies probability. The intensity of the storm defies the natural law of the area. This was weather warfare and the landslides were equipment deployed during the summer by the Canadian Military with crates of explosives labeled Operation Atlas Strike 21. We saw the crates being offloaded from the C17 Globemaster III transports in Kelowna,” a CIA source says.